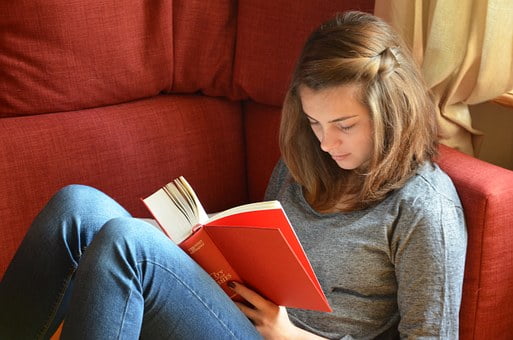 For over 40 years, Heritage Day has celebrated Alberta’s ethnic diversity and vibrant culture. Our provincial heritage begins with Indigenous peoples and spans generations to include immigrants who call Alberta home.

At Lift Legal, we’ve assembled the following list of age-appropriate books about multiculturalism, suitable for children 11 and older.

Look to our companion articles for book suggestions for school-aged children and tweens.

Dead Man’s Gold and Other Stories (Groundwood Books, 104 pages)
This collection of 10 stories recount the dreams, struggles and resilience of Chinese people trying to make a life in North America. This anthology creates a New World mythology of immigrant stories. From poor village men, who came looking for gold in the 1850s, to immigrants from Hong Kong in the wake of the Cultural Revolution, they trace the 140-year history of Chinese immigration. Ghost stories, a popular narrative form in China, are ideal for describing a friend betrayed, the ghost of a faithful spouse and the spirit of a dead parent.

Kalyna’s Song (Coteau Books, 472 pages)
Colleen Lutzak is a musical prodigy and gifted student from St. Paul, Alberta. Her extended family includes a cousin, Kalyna, who loves Colleen’s music more than anything. Kalyna’s support, along with that of a beloved music teacher, animates Colleen’s pride in her Ukrainian heritage. Yet, Colleen’s mother undermines every triumph her daughter ever has. Devastated by the loss of her music teacher, and having failed at university, Colleen is determined to get away from all the disappointments of home. She registers to attend the United World College campus in Swaziland, where she meets young women from dire circumstances. Foreign surroundings, homesickness and the deaths of three cherished mentors force Colleen to reflect upon her talent and her life’s purpose. By turns pigheaded and insightful, compassionate and egotistical, Colleen tells a story both poignant and funny.

Me and the Blondes (Puffin Canada, 232 pages)
All Sophie Kandinsky wants is to be adored and admired, but her crazy family makes that nearly impossible. Her Bulgarian mother is an eccentric, and her gentle father has been charged with murder. By turns hysterically funny and deadpan serious, Sophie devises a plan to wipe the slate clean. She’ll find that clique of perfect, confident girls who are beyond gossip and reproach. The Blondes, as the clique is known, each have a full backstory. Uniquely hilarious characters, they see Sophie through first period drama, bulimia and boys. Read an excerpt of this book about gaining admission to the pack.

Skim (Groundwood Books, 144 pages)
Meet 16-year-old Kimberly Keiko Cameron, or “Skim.” Shocked that a classmate rumoured to be gay would take his own life, students and cliques at Skim’s private school try to find something to hold onto. For Skim, it’s her English teacher, Ms Archer—that is, until she leaves abruptly. Without Ms Archer, Skim feels is lost, isolated and eager to shed old friendships in favour of new ones. Keeping a journal helps her work through the complexities of teen life. Presented as a graphic novel, Skim offers a poignant glimpse into suicide, depression, homosexuality, crushes, love and cliques.

Bifocal (Fitzhenry and Whiteside, 280 pages)
They may walk the same halls, but football star Jay and studious, Muslim Haroon are wolds apart. When their high school is put on lockdown and a Muslim student is arrested on suspicion of terrorist affiliations, the boys must choose sides. A smoke bomb, set off near the Muslim students’ lockers, makes the jocks appear racist. The Muslim students claim they are regularly subjected to racism at school. As racial tension builds, Jay and Haroon are forced to question their loyalties and their beliefs. Best-selling authors Deborah Ellis and Eric Walters join forces to deliver a powerful novel about racism and painful self-discovery.

Heritage Day is observed on the first Monday in August. Whether your teen starts reading these books today or makes reading them part of his or her Heritage Day activities, the team at Lift Legal wishes you all a safe and enjoyable celebration!