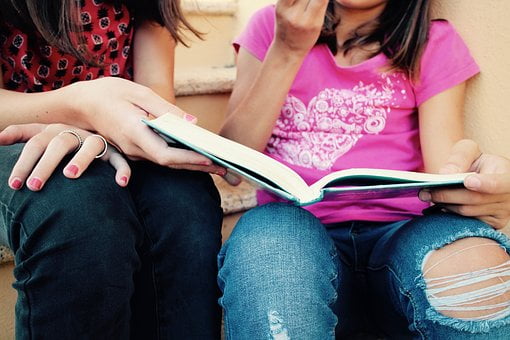 Divorce. The word is common, but that doesn’t mean it’s readily understood. For children who know what the word itself means, they may still feel caught in the middle, lonely, confused and hurt. This is where books may be helpful. At Lift Legal, we’ve assembled the following list of age-appropriate books, suitable for tweens (ages 11–13).

Look to our companion articles for book suggestions for preschoolers and school-aged children.

Stories of families going through separation and divorce allow children to connect with characters whose feelings and experiences mirror their own. When looking for books for tweens, seek out stories whose characters face their situations with grit, imagination, humor, sensitivity and bravery. These types of relatable tales can help your child better understand changing family dynamics, moving to a different community or a different school, and making new friends. It can also help him or her deal with parallel parenting, new living situations and new relationships.

Eleven-year-old Lincoln Jones’ family life has fallen apart, and he escapes into his imagination. Writing in his notebook, he creates his own stories to deal with fitting in at a new school, bullying, a lack of friends and the memory of being abused by his mother’s boyfriend Cliff. This coming-of-age tale by author Wendelin Van Draanen tells of the healing that comes from community, caring, compassion and friendship.

Some changes, such as new friends, a new apartment and a new crush are good. Others, such a parent’s move to a city, cause nothing but upheaval and confusion. In this book by Eileen Spinelli, Bindi finds support and a sense of community in the unlikely bunch of regulars at the Dancing Pancake, the local diner. Surrounded by these new friends, Bindi tries to become a new version of herself, one pancake and one silly elephant joke at a time. Laced with humour and told entirely in verse, the story relates the sixth-grader Bindi’s experiences, feelings daily life.

Twelve-year-old Rebecca is struggling with her parents’ separation, as well as a sudden move to Atlanta to live at her Gran’s house, leaving their father behind. Adjusting to this new situation is difficult, but things get a little easier after Rebecca finds a magic bread box in the attic. She can now get everything she wants—as long as it fits in the box. Although initially the box made life away from home easier, it now makes everything much, much more complicated. In this novel by Laurel Snyder, Rebecca soon learns that her wishes have unexpected consequences. Forced to decide not just where, but who she really wants to be, Rebecca discovers that getting everything we want might not be such a good thing after all.

Twelve-year-old Maria Luisa, known as Malú, is starting a new school. Even on Day One, she manages to upset Posada Middle School’s queen bee, violate the school’s dress code and disappoint her mom. Although he now lives far away, Malu’s father left her with one important mantra: be yourself. This new creed is the central theme of Celia C. Pérez’s book. It is also the first rule of punk, something that will serve Malú well when she assembles a group of like-minded misfits at school and starts a band. Willing to do anything to preserve her right to self-expression, Malú discovers she’ll have to fight for what she wants and who she wants to become—including standing up to an anti-punk school administration.

Everyone enjoys levity and humour, and children are no exception. They appreciate stories—good stories—that are fun to read.

Remember, too, that not every book your child reads has to be tied to a real-life situation. Reading is meant for fun, learning, exploration and stretching the imagination. Let your child escape from time to time.

Do you have a book recommendation you’d like to see included on a future book list? Drop us a line with a short description or review.